As the Marketing week (that we and, hopefully, you have all greatly enjoyed!) is coming to an end, we wanted to feature our Tuesday Speaker, Kevan Irsch from South by Southwest (SXSW). Before we dive deeper into the insights from our second meeting this week, let’s take a look at our guest’s story!

First interesting fact: Kevan Irsch is a longhorn like us! He graduated from the McComb’s School of Business in 2009 with a degree in Marketing and spent a semester abroad at University of New South Wales in Sydney. An important note: now that the economy is doing really well and the job market is full of open positions, we should not forget that 2009 was the year of global recession. With a number of highly competitive applications that could add up to a hundred for a single position, Kevan managed to land his first job as a Marketing Consultant at Capital City Consultants LLC in February, 2009. Almost 13 years later, he is a Digital Marketing Manager at SXSW. But what was in between?

Before taking up the key position at South by Southwest, Kevan had worked as Marketing Analyst for more than 6 years for 3 different companies (ProfitFuel, Yodle, and Visio Lending) and did 3 years of freelance work in the meanwhile. With 9 years of experience, we could only imagine what level of expertise Kevan brought to the business table of the entertainment industry when in July 2017 he landed his current job! However, as Kevan implies himself, it was not the in-depth expertise alone that made the difference and got him hired. There is a vital secret ingredient hiring managers pay huge attention to, and Kevan has revealed it to us during the meeting. We will certainly get back to that later.

Who is South by Southwest?

SXSW’s “About” is as follows:

“South by Southwest® dedicates itself to helping creative people achieve their goals. Founded in 1987 in Austin, Texas, SXSW® is best known for its conference and festivals that celebrate the convergence of tech, film, music, education, and culture.”

Long story short, SXSW is an annual conglomeration of film, media, music festivals and conferences organized jointly in the beginning of spring in the capital of Texas. From 1987 when it was founded and first carried out the total of 15 panels, workshops, and sessions, to 2021, a year that featured Demi Lovato, Charli XCX, and James Cameron, the event kept bringing joy to Austin’s community and marking the success of creatives from all over the world. Yet there was one exception, and that was the notorious year we all shake at the very thought of…

The entire live entertainment industry was close to falling apart in the time of lockdown. The scariest part about it, Kevan says, was the immediate financial impact. The event lost third of its staff when it was cancelled in 2020. 60 people were laid off the first week the SXSW’20 was called off because they couldn’t get their salary – no insurance could possibly cover such a huge and sudden economic crisis.

Like many other local businesses, the company is now slowly getting back on the rails after the pandemic outbreak. But the way of organizing events has changed. Their challenge today is to provide not only great, but also safe in-person experience, keeping in mind COVID-19 Community Restrictions.

Now let’s take a break from the flow of information and get a little inspired! 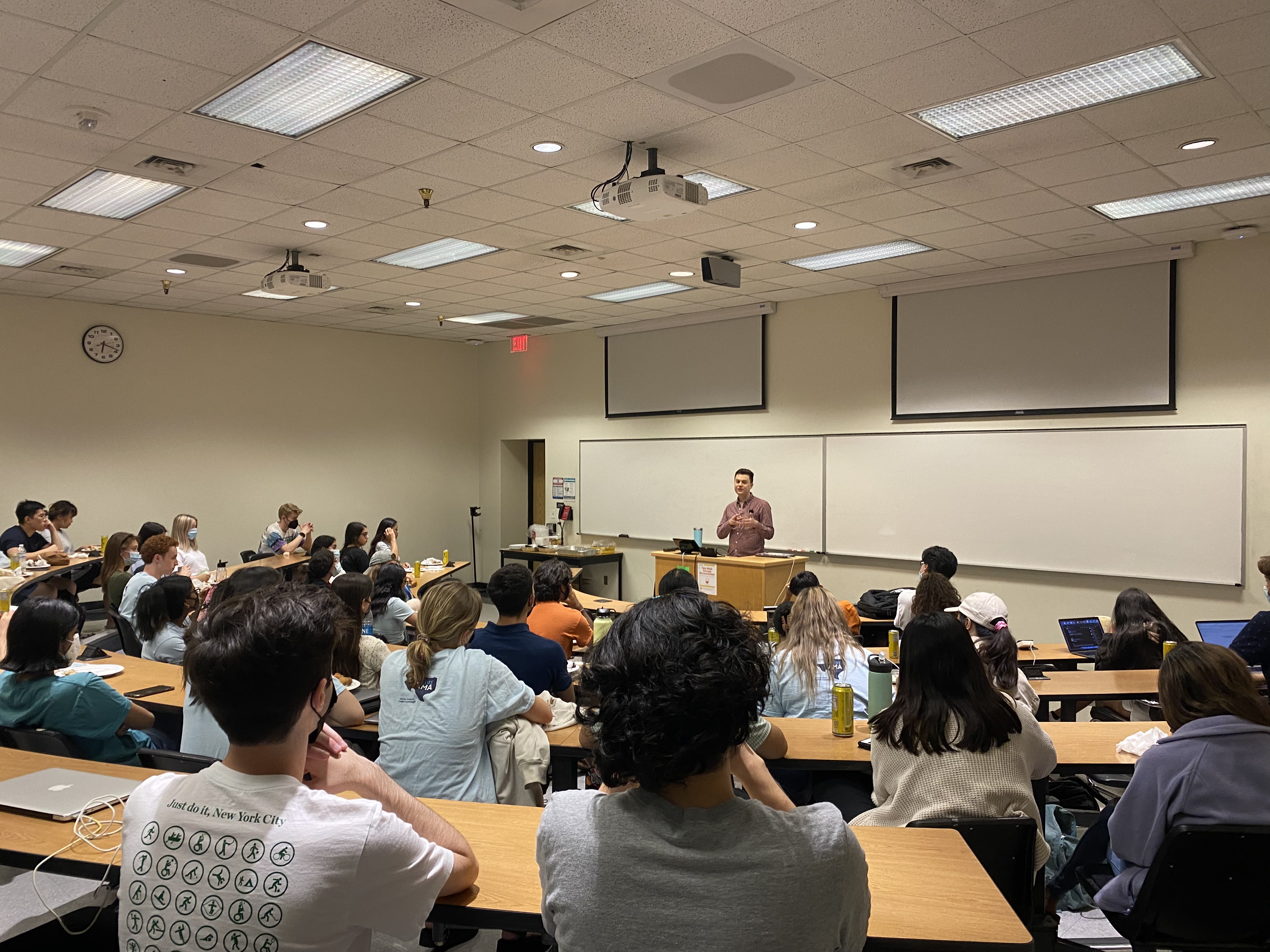 In the beginning, we said that Kevan shared his personal insight into what can turn out to be the key to landing a job (especially if you apply for an internship or an entry-level position). And the key is…

You need to be genuinely interested in what you are applying for. Or it most probably won’t work out.

Interesting fact: Kevan was being interviewed along with other applicants who were much older and much more experienced than him. And yet, he shares that the interviewing process felt natural! He knew he wanted to be in entertainment, and he knew he wanted to be close to music. He naturally displayed the interest and energy that convinced hiring managers he would be the one to “stir things up a little bit”.

Having tried the role of the interviewee and the interviewer, Kevan now feels strongly about the enthusiasm and willingness to learn new things in job applicants. We want to put the finishing touches by sharing some direct quotes about this by our Tuesday’s speaker!

Want to learn more about AMA? Check out our website at: texasama.org